Bryson from Atlanta, GA. For instance, if I had a package. August 02, - 1: Hi Tom, I've read through this entire post and have a headache: I would like a summary of it all if possible with the following question in mind. I understand using when others without raise is a bug. Using it is still ugly because if we have: We have users who will never tell us there is a problem, they'll just ignore it and cause other problems so I want to log it, but if I log it with the exception handler I lose the line number. My question is: Is there a better solution or do I have to just then find the line number myself using other debugging techniques?

Or do I need read through this entire post again? Regards drg. Steve Hall from Charlotte, NC. Greetings, O mighty one! I insert records into a log during program execution, e. This log procedure is an autonomous transaction. But I think Dr. Hall has a good point. Stan from Dillon, CO. So, I have the task of reviewing code on my project. I'm quick to point out obvious abuses of when others, but there are some cases with which I'm struggling to find fault.

For example: Is this an appropriate usage of when others? I propose this, but I'm scoffed at: If it's a background process, who actually sees the raise in the second approach anyway? Commit November 13, - Hi Tom, In the initial reply: What happens to the transactions, when there is no commit in the procedure, and the procedure is successful?

Commit in Procedure November 16, - 7: Hi Tom, Thanks. Will the row locked by first Update will prevent Second Update being locked by first update.. What happens when the second one fails November 19, - David from London. A reader With the commits in place; and assuming, as Tom did, that as far as the client is concerned the address and phone updates form a single unit of work; what happens when the first procedure succeeds and commits and then the second procedure fails?

As far as the client is concerned, their transaction has failed so they want to roll back. But hang on, that first part has already been committed. So we have to take corrective action to back out the committed change. What happens if someone else has subsequently seen that changed data and acted on it If you don't put the commit then all those bad things can't happen anymore. Both updates are updating the same row but the procedures are being called by the same client and hence in the same transaction so you already own the lock.

It's similar to a synchronized block in Java, it's a reentrant lock. You own the transaction, so you own the lock so you can change the row you've already changed. Try it In Session 1. In another session The other transaction has the row locked.

Where to log exceptions April 09, - Drew from New Hampshire. Great thread - I hope some of this stuff sinks in for me. You said above: Or can we just say, "why not - just in case this isn't really the uppermost level - it doesn't hurt to do it"? This new PROC also has "when others - log - raise". Any thoughts? I have procedure P1 that calls Function f1 within it. F1 can sometimes raise an application error If the query could not find a record for annual credit it assigns a "0" and continue. If it found too many rows or other error would it ever hit the exception in the main program?

If not, how can i make it do that. Would you change the query to inline view if there are a few records in the table or leave it as is.


When do you decide on whether a function should always return a 0 in case no records were not found versus raise an error. Is your decision based on original requirement. Why you do not like to select F1 from dual? Are you saying to not use Exception Block unless I need to do something. I use this function in calculations inside a for loop cursor.

Shall I return a -1 for that condition and code it so when it sees -1 do nothing. If system found two too many rows i should not process this customer and flag him somewhere as an error.

How would you pass a date instead? Would you use exceptions and raise errors for hte following conditions or not?

If customer does not have a credit record defined, do you report "-1" or raise error or what. There is nothing to calculate. If credits table has more than one row then it is illegal and you can not calculate. I select all customers and then run the function to check available credit. If i hit conditions a and B i do not want to stop processing other customers.

Jay from Herndon, VA. Tom, I have a quick question and was hoping to get some advice from you. I need to write a procedure to do this - a Run a query that results in some 50 records and store the records in the table everyday. How do I tackle this situation? I know this must be simple. But, I have never done anything like this before. 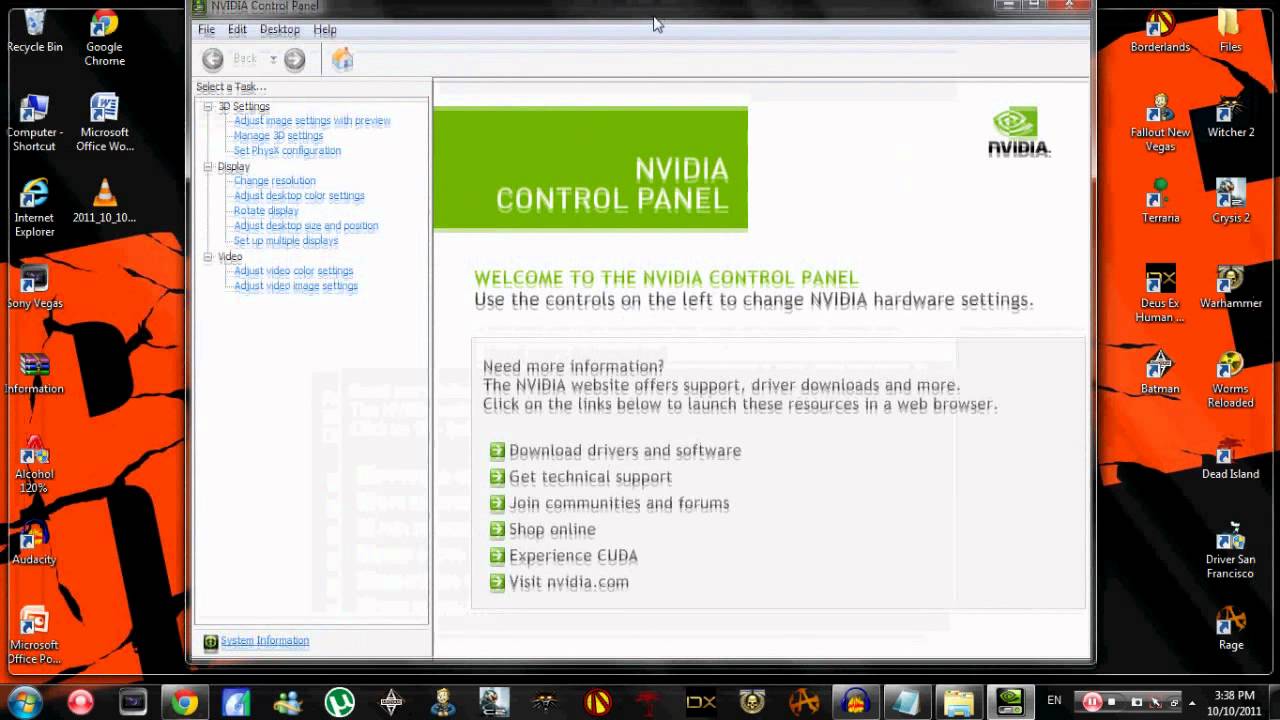 Can you please guide me as to how I need to go about it? I kind of have a general idea of how to go about it. I am just not sure how to put it all together.

Can you please advice when you get a chance? Thanks for your time! Tom, Thank you for your time! I came up with the following. It probably is a very bad procedure or at least I get that feeling , but, I am learning! Can you advice if this is an okay approach? Fatal or not? September 03, - 8: Sorry if this is a new question, it's hard to tell.

While I know this would be grudgingly OK by you, so long as there is that accompanying RAISE, the pattern seems to go against the advice you generally give throughout this thread. So, could I get your take on the following reasoning? But, as currently written, the caller would swallow the exception. While this could of course be fixed, by for example putting the SELECT into an anonymous block, or into its own procedure, it seems to me to be a general hassle in exception handling. Can you perhaps give me a good argument against the above? Should a procedure not be able to decide whether its unhandled exceptions are fatal?

Thanks for your prompt response. I would paraphrase your exception-handling advice as: Point "c", together with your code example, answered the main question from my first post. There is no need to take the advice, proferred elsewhere, of creating a user-defined exception to indicate that a fatal exception was encountered. Instead, an exception handler should not seek to catch exceptions from multiple sources, which may or may not be fatal depending on the source. Exception handlers should be placed close to the source.

As a followup, I would like to draw some other conclusions from these points, and from other points in this thread. Please correct me if I go astray. Although I have read the entries in this thread about logging, I may not have followed them all. But, it is harder to get any coder-supplied information, such as the values of parameters of procedures called by the top-level procedure, or a list of unsatisfied preconditions to a procedure. I can think of several techniques to accomplish this desirable logging of coder-supplied info.

Could I ask for your quick review of them? Seemed at one point to be advised in this thread, but as I said, I might have misunderstood 2 Put them into a global package variable, where they can be read out later by the logging procedure. December 31, - 8: Also, I need to throw the same to the client. Thanks, Sam. Parthiban Nagarajan from Coimbatore, India. Hi Tom Toad is advertised with the statement that "it improves the productivity".

I am not sure. The built-in code snippet for anonymous block Toad version 9. Sure, ignoring the bugs, silently, requires no more code Followup on when others then null in Toad November 12, - 9: I talked to Steven Feuerstein over at Quest about this and he is going to put in a recommended change for that, thanks for pointing that out.

Hi Tom You are simply. Couldn't agree more!!! May 04, - Galen Boyer from Boston. I contacted one author about his example, and he said, well, I was just trying to be simple about it, but, yeah I see what you are saying, and then corrected the example. The examples of swallowing exceptions are everywhere, all over the web.

I guess most egregioius is that some of these examples are in the Oracle documentation directly. For example, http: Then, in http: Or, if we look at http: If used, it must be the last exception handler in the exception-handling part of the block. Processing Errors versus System Errors February 04, - I am so happy to see someone with Tom's reputation pointing this out. This is quite possibly my biggest pet-peeve of all time. We require explicit exception handlers for ALL expected processing exceptions.

Imagine having a process scheduled to run every night at midnight working fine and runs for 30 minutes, and then someone moves the backup of a remotely linked DB to start at It would be better if they just left them out. I could go on When others October 18, - 5: I have read the thread but still getting confusion. I have simple 4 doubts - sir 1. When others Null; 2. When other Raise; 3. I dont use 'when others' - is there still scope a bug?

I have inherited large procedures with multiple paths of execution inserting and updating the same table s in multiple places in multiple ways that relied on one big exception handler that catches anything that fails, and when something fails you spend literally days trying to figure out where it broke and why. Your log cannot tell you what failed, why it failed, where it failed, or pretty much any bit of useful information.

I do think that you should do your best to trap expected errors appropriately. If you work on some of the old legacy systems from the mids when lots of people thought the best place for business logic was triggers, you will want to be able to tell exactly when, where and why an exception occurred. You will want to be able to store the call stack information at the precise moment of an exception, rather than waiting for it to bubble up to the parent. You will want to have access to all the local variables as they exist for that statement. December 20, - 5: But what to do with the hight level user interface procedures that is called from PHP or Apex?

Global Achievements. Marcelztm View Profile View Posts. Uninstall the GFWL from your pc and restart it. Start the F1 Game in your Steam acoount. When you need to signin with your Live-Account, Just do so.. Last edited by Marcelztm ; 13 Oct, 9: Showing 1 - 15 of 42 comments. This is something a read on the forum and that helped me a lot on Win That is not the correct way to do it. Last edited by Marcelztm ; 14 Oct, 5: Well, tried everything like you said and it didn't work out for me. I know it isn't the best way to play, but it helped me so I just shared it with other people.

GFWL did start and it did't say that there were connectiontroubles, but when it opened it said that there were no games. Therefore I did it the way I described. Last edited by rickske10 ; 14 Oct, 6: 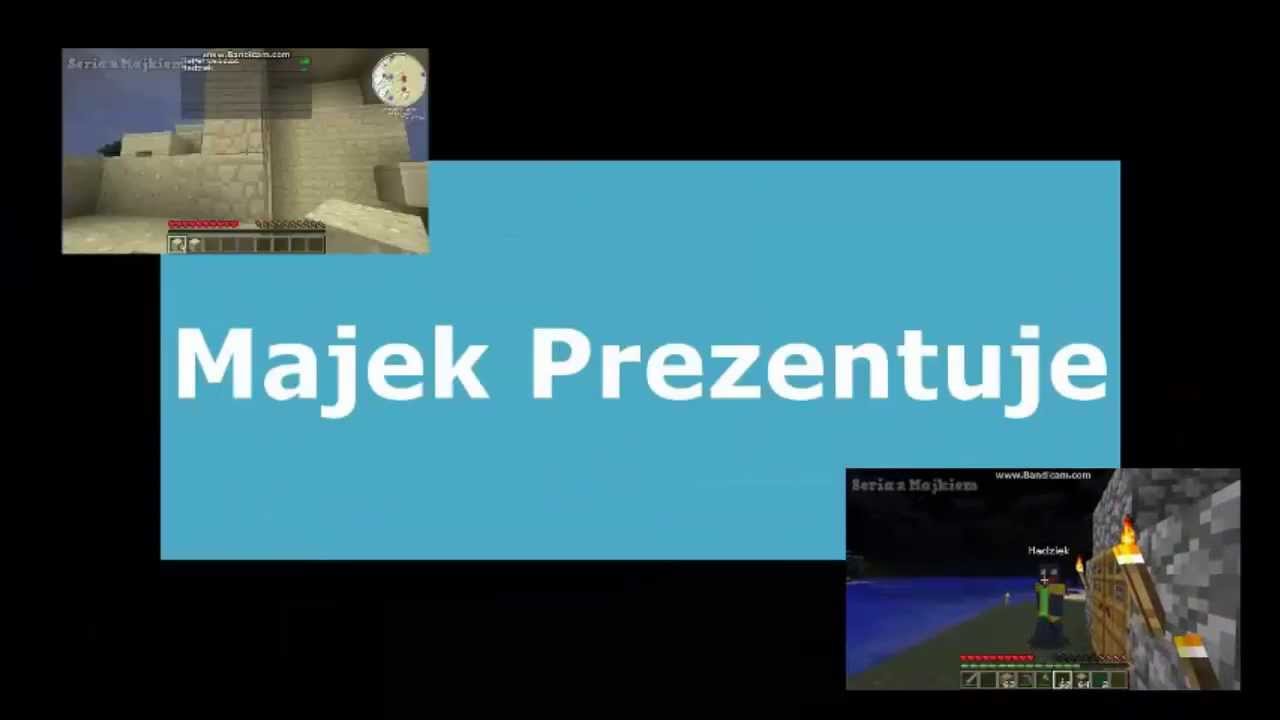 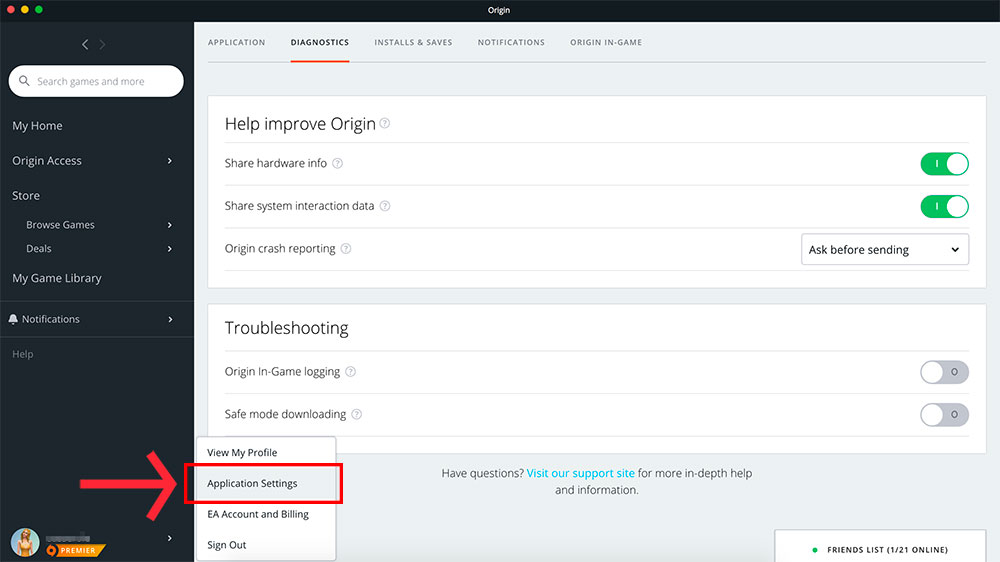 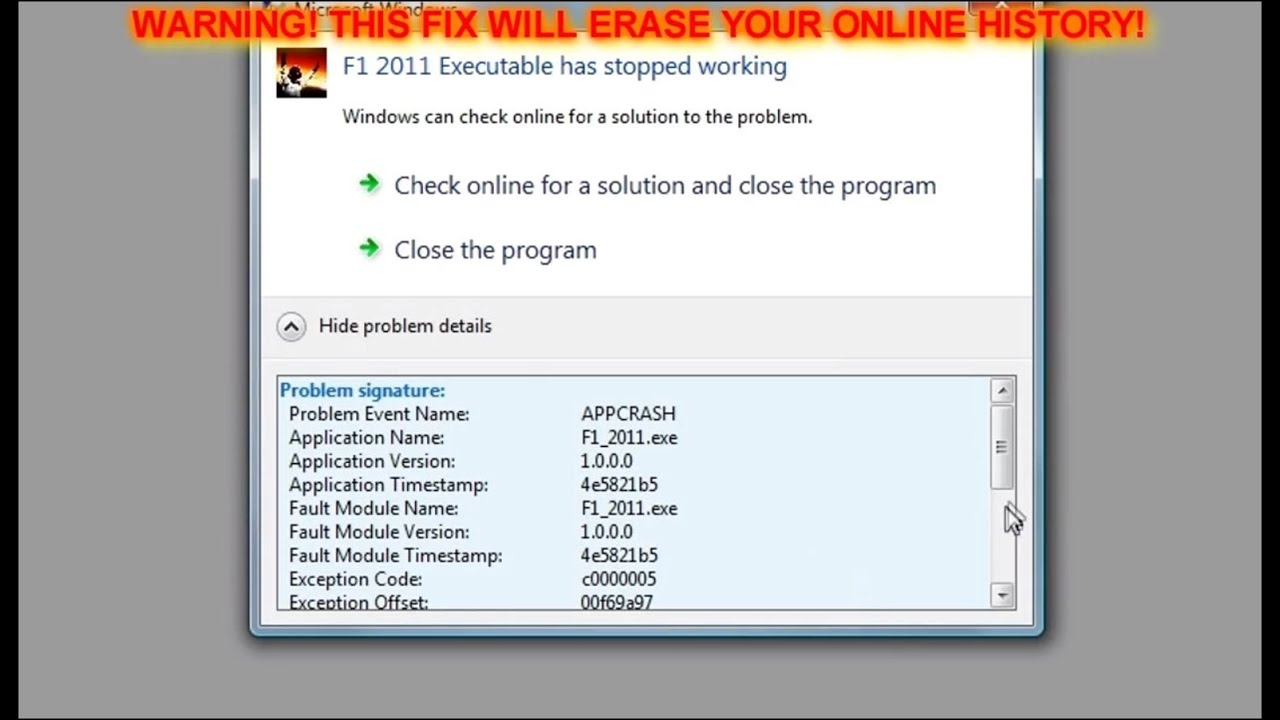 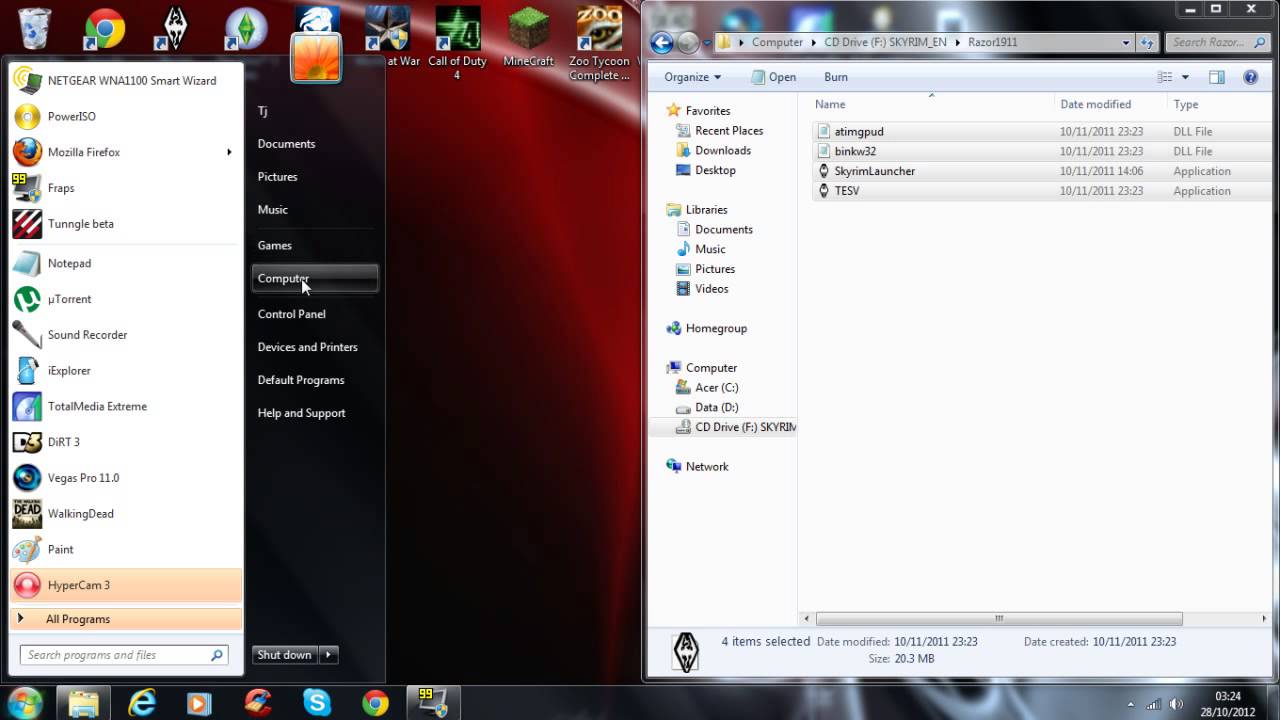 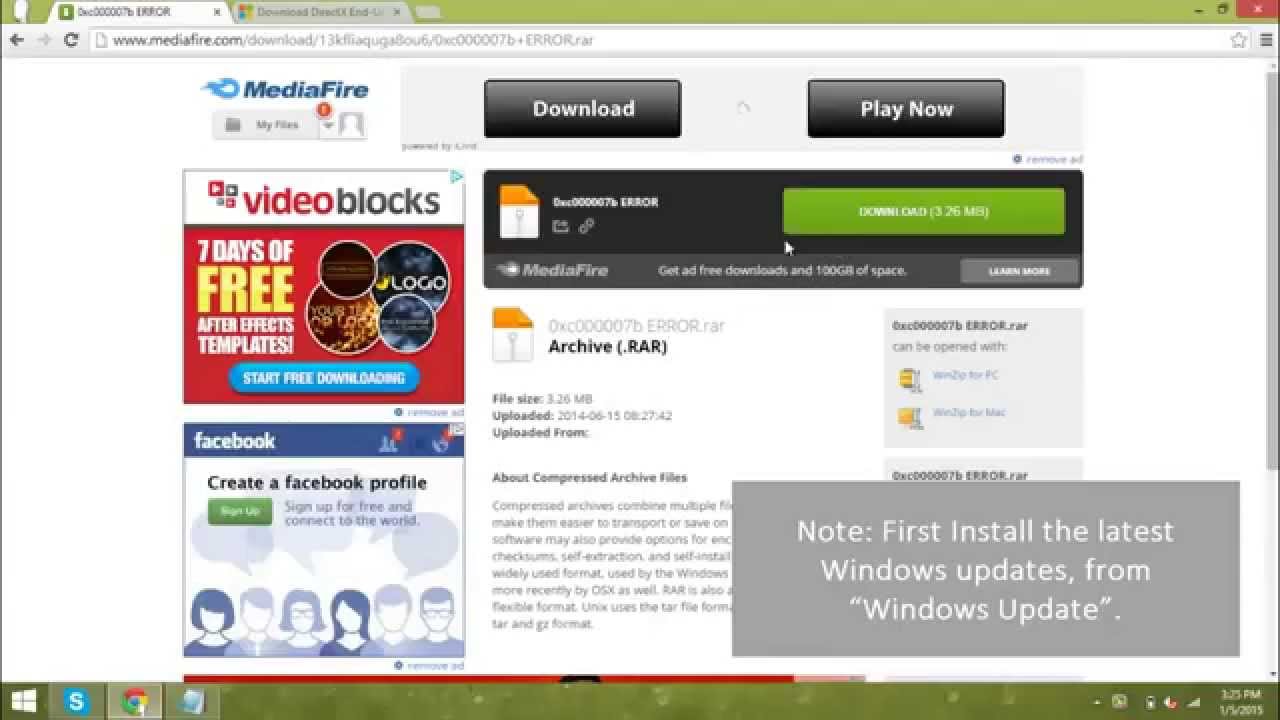